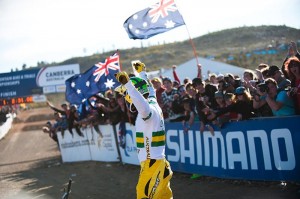 The UCI Mountain Bike and Trials World Championships is one of the biggest mountain biking events in the world. 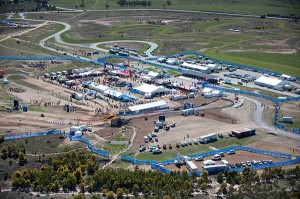 Staged in the Stromlo Forest Park over a week in September 2009, Canberra had never seen its like before. Earlybird Events was asked to manage all major aspects of this event, including logistics, marketing, media and promotion, ticketing  as well as infrastructure and event site management.

Our team was responsible for the management of all major aspects of the event, including: 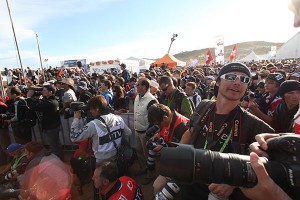 All our hard work paid off with the event a great success; it is still one of the largest and most successful mountain biking events ever held in Australia. Over six days, it attracted 45 000 spectators and contributed $7.9 million to the ACT economy. More than 290 media articles were published and an estimated 34.1 million people watched the event worldwide. The success exceeded the expectations of the ACT Government when it came to event management and economic benefits.

‘The organising committee has ensured a first class experience for everyone from the teams to the UCI officials and, of course, for the thousands of spectators who have come out to support the event. The International Cycling Union has congratulated the organisers of the 2009 Mountain Bike and Trials World Championships staged at Canberra’s Stromlo Forest Park hailing the event a great success.’

Mike Turtur, Member of the UCI Board of Management and President of the Oceania Confederation